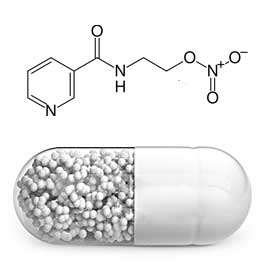 Nicorandil is a vasodilatory drug used to treat angina. It is marketed under the trade names Ikorel (in the United Kingdom, Australia and most of Europe), Dancor (in Switzerland), Nikoran (in India), Aprior (in the Philippines), Nitorubin (in Japan) and Sigmart (in Japan, South Korea and Taiwan). Nicorandil is not available in the United States.

Umang pharmatech has the capability to manufacture Nicorandil Pellets of various particle sizes.