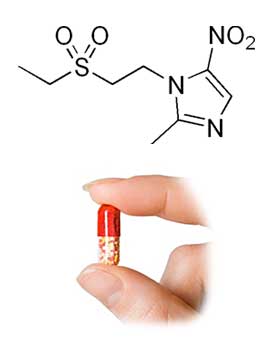 Tinidazole is an anti-parasitic drug used against protozoan infections. It is widely known throughout Europe and the developing world as a treatment for a variety of amoebic and parasitic infections. It was developed in 1972.

Tinidazole is marketed by Mission Pharmacal under the brand name Tindamax, and by Pfizer under the name Fasigyn, and in some Asian countries as Sporinex.

Umang pharmatech has the capability to manufacture Tinidazole Pellets of various particle sizes.